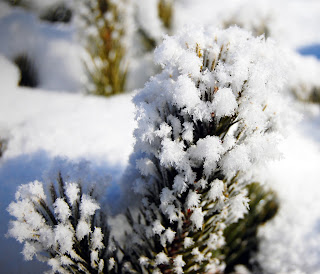 I thrive in harsh weather conditions, especially extreme cold. One year at the end of June, I did some work in Houston. It was 38 C (~100 F) and felt like 100 %RH outside but in the confined environment where I was working it was about 49 C (~120 F) and felt like 200 %RH. Another time, while helping a local scout troop, I set up an orienteering course near the head waters of the Missouri river in temperatures well below -18 C (~0 F). I have even commuted to work on my bike in temperatures below -29 C (-20 F). As humans, we can adapt and survive such conditions but can the sensors and instruments on which we depend also survive?

When discussing survivability of equipment in extreme environments many factors must be considered that do not affect operation at room temperature. Perhaps the largest factor is a mismatch in coefficients of thermal expansion between materials. For example, aluminum has a larger coefficient of thermal expansion than stainless steel. Two parts that fit tightly at room temperature may not fit tightly at -30 C. This fact can be used to create tight fits between two rings, an inner one of aluminum and an outer of stainless steel. When submerged in liquid nitrogen, they will fit easily but once brought back to room temperature the fit may not be tight enough to create a water tight seal.

While this method creates a tight seal, often materials will contract differentially creating a gap between them in which water might condense. After several freeze/thaw cycles two pieces formerly bonded can separate.

We continuously test our pyranometer sensors on the roof top of our building and have many years of experience in this environment. We continually monitor their output and compare them to primary standard reference sensors.

Our pyranometers were designed with color in mind. In cold environments, the sun warms the head causing frost and snow to melt off the sensor more quickly. You might expect that this black color would be an issue in blazing Death Valley type heat. However, the heads only get to about 12 C above ambient air, in conditions with almost no wind and at peak solar intensity. We have also tested the temperature dependence of the pyranometer. At extreme hot and cold temperatures, the sensors vary by less than 5%.

Our temperature sensors are also highly water resistant. We used ST-100 temperature sensors in warm (60 C), mild brine solution for 2 months. We then did 30 days of accelerated aging tests (3 hour cycling from -20 to 60 C). These sensors still meet specification.

We tested our SB-100 barometric sensor both indoors and outdoors. We compared it against a more accurate and more expensive Setra pressure sensor, model #276, for 4 months. Inside our building, the largest error measured was < 0.03 kPa. Outside in a weather proof box, near ambient temperatures, the largest error was < 0.2 kPa. This SB-100 provides a very low cost, accurate sensor for weather stations.

Our quantum sensors are used in a wide variety of applications. In fact, some of our customers use our quantum sensors to monitor lights in salt water tanks for coral growth. They are repeatedly submerged and often left in the bottom of tanks; they continue to perform.

Our sensors survive, not by chance, but by design. When our building was being constructed one of the beams was a few feet too long. Rather than let that go to waste, we built a sign out of it that now hangs above our employee break area. It is inscribed with a tag line under our logo that says: "built to last". Our sensors weather the worst.