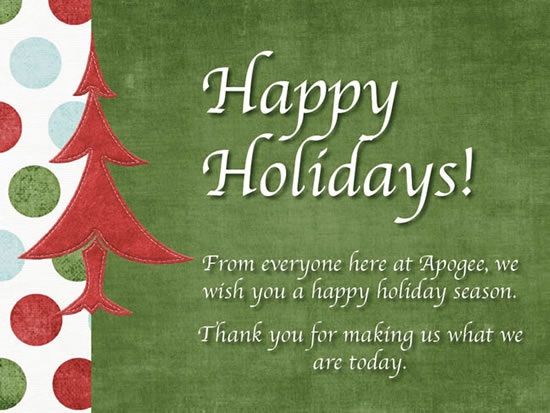 To help satisfy the needs of some of our customers, we offer an amplified version of our pyranometer and quantum sensors. This allows for easy integration into existing systems that are not designed for millivolt signals. There are two options: 2.5V and 5V. Where the number listed is the maximum output at the maximum light for which the sensor is calibrated it is also the minimum input voltage required to power the sensor. For example: the SP-215 has an output of 4.4V when the solar radiation is at its maximum of 1100 W/m2. This allows for some head room if the light level is higher due to reflected radiation. If the voltage supplied was only 4V the maximum output would be 4V which means that the sensor would output the same for any light level over 1000 W/m2. This is something to watch for if you are supplying the voltage with batteries.

These sensors have been designed to have all the circuitry inside the head, the same as our non-amplified sensors. This means they are rugged and there is no worry about water damage to the circuit board. The circuitry is a basic non-inverting configuration of an operational amplifier (op-amp). The op-amp has been specifically chosen to have a low voltage offset and be physically small enough to fit inside of our current sensor body head. The op-amp has a max voltage specified at 5V which is why the maximum output of our amplified sensors is 5V. Included in the circuitry is a Zener diode that will short to ground if a voltage higher than 6V is applied. This keeps the main circuitry from getting destroyed if the sensor is wired incorrectly.

These voltage ranges can still be limiting for some of our customers, which is why we are working on a 4-20mA output for our sensors that we will release early next year. This circuit will have an input voltage range of 5-36V, and will significantly surpass the voltage limits of our amplified sensor.

Due to recent product development, Apogee now offers three different options in choosing a Field-of-View (FOV ) for the SI-100 series infrared radiometers (IRRs). FOV is reported as the half-angle of the apex of the cone formed by the target (cone base) and the infrared radiometer detector (cone apex). It ultimately determines how much surface area your IRR can see at any given distance and tilt angle.

The target area is a circle from which 98 percent of the radiation viewed by the infrared radiometer detector is emitted. A center-weighted average of that target area is used to determine the mV signal. As the tilt angle is increased from zero degrees at a given height, the target area increases and transforms from being a circle to an ellipse as seen in the figure below.

We can also observe that as the tilt angle is increased to high values such as 60 degrees, the target area increases significantly. In addition, the difference between target areas of the three models can become quite contrasting. Those attempting to measure an accurate average of the target area in question, whether it be a plant canopy or a highway, must determine if the desired target area covers the desired destination appropriately. Measuring more or less of the desired area can result in questionable results. To help with this uncertainty, Apogee has developed a simple tool that can be accessed on our website:
http://www.apogeeinstruments.com/content/fov-calculations.xls 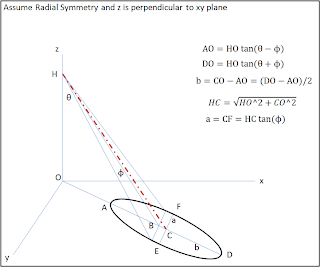 This simple spreadsheet and illustration above allows the user to input the tilt angle (“Angle from Normal to Surface”), the height above surface, and the FOV depending on which IRR model is in use, as seen in the green cells. The result is the approximated target area as seen in the highlighted yellow cell. It should be noted that only the green cells should be edited, as not to interfere with cell calculation formulas. Due to the conical nature of the FOV, high tilt angles above approximately 65°, 70°, and 75° for the SI-111, SI-121, and SI-131 models, respectively, can yield impractical results in the spreadsheet due to “viewing” a near-infinite surface area. Likewise, Apogee recommends mounting the sensors below such angles.

The FOV calculation spreadsheet can be used as a powerful tool in planning measurements such as deciding the model of sensor needed, an appropriate height and angle to mount your IRR, etc.