Our current most extreme measurements are listed below.   If you have a measurement that beats it, send us an email!

Hottest
61.36 C; measured by a horizontal FOV infrared radiometer (SI-1H1) on 6/28/12 at 1:30 pm at at the University of Arizona’s Maricopa Agricultural Research Center, Maricopa, Arizona

Farthest South (latitude)
-78.03 south; at a buried ice mass in Garwood Valley of the Dry Valleys of Antarctica

Estimating the Canopy Fraction in your IRR Field of View

A common problem many individuals face when making canopy temperature measurements with an infrared radiometer (IRR) involves estimating the fraction of the field of view that is occupied by canopy (leaves and stems) and soil. This is important in many settings, because plants do not completely cover the ground and the resulting IRR temperature measurement will be a weighted average of canopy components and soil in the IRR field of view. Estimation of field of view occupied by canopy is particularly important early in the growing season when crops are small and a large fraction of soil is viewed. However, knowledge of field of view composition is important in any application where a uniform surface is not being measured due to different surface components. In this case, canopy and soil will typically have different temperatures. The equation to approximate the fraction of IRR field of view occupied by the canopy (fc) is dependent on plant leaf area and is based on the equation to calculate the canopy extinction coefficient for direct beam radiation [1] and is given as:

where LAI is the leaf area index, and K is the extinction coefficient. K is dependent on two additional variables: the leaf angle distribution parameter (X) and the viewing angle (θ) of the IRR (relative to nadir view = 0°), which is chosen by the user. These variables will be described briefly below. For more help planning the viewing angle of your IRR, click here.

Leaf Area Index (LAI): area of leaves per unit area of ground [m2 m-2], which can be expressed as total leaf area or one-sided leaf area. One-sided leaf area (projected area) is half of the total leaf area and is often called hemi-surface area. LAI is typically reported as hemi-surface area per unit ground area, unless the canopy is largely made up of needle-leaf species. In cases where LAI is not directly measured, it is often approximated from canopy height. A few examples from scientific literature are given in the table below.

where X is the leaf angle distribution parameter, and θ is the IRR viewing angle [4]. 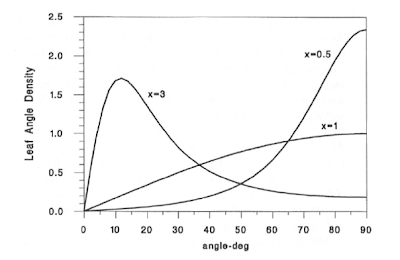 Additionally, X values for various crops have been estimated as shown in the table below [4].


A simple widget recently created in the IRR product section of the Apogee website can help make the necessary calculations to estimate the fraction of canopy viewed by an IRR. For more information, click here. If you have any questions or comments, feel free to respond to this blog post below.

Light is a concept that starts off being really simple to understand as a child, and then slowly grows to be something that is much more than meets the eye (literally).

Being a new hire at Apogee, there are a lot of cool sensors and instruments to get familiar with. They range in form and function, as well as by what they measure and how they're used. What many of them have in common is that they measure electromagnetic radiation.

I’m amazed that measuring specific ranges of light can be so informative. Just as humans only see a small portion of all the possible wavelengths, other applications only see or use a specific range as well. Apogee makes sensors that measure certain ranges of radiation that when correctly measured, can be used to infer a great deal about the world around us. As an example, here are a few of our light-measuring products, and some of their possible applications:


At Apogee, we are continually working to improve our existing radiation sensors, as well as develop new products for light measurement. Check back soon for new product announcements. If you are using our sensors for something unique, or if you have a specific idea or request, let us know.

With the right equipment, light can be much more than something we take for granted. Light measurements can be used to improve agricultural processes, increase technological efficiency, and facilitate environmental safety. Making quality sensors is just one way that Apogee is helping the world make better [light] measurements.

What to look for when buying a sensor


This blog is written by one of newest members of the Apogee team. Schuyler Smith is a recent graduate of Utah State University, with his Bachelor of Science. He has taken up the post of Calibration Technician within the Quality Control Calibration Department.

What to look for when buying a sensor.

Many first time customers visit our website wondering if our sensors will fit their application. Answering this question is complex because we have many sensors and multiple options for each sensor. I have compiled this list of things to consider in order to customers narrow down their search when shopping for a sensor.

1. What are you trying to measure? 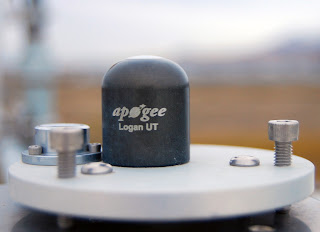 This seems like a counterintuitive question and yet important to consider. For example customer support emails come in with something like, “I am looking for a sensor to measure the amount of photosynthetically active radiation in water/air. Do you have something that will work?” We are then able to direct them to our line of quantum sensors. Knowing what you want to measure is extremely important in finding the most appropriate sensor for the application.

2. Where is the sensor going to be placed?
Customers are often looking for the cheapest product and may not take into account the wear and tear of their application. Be sure to consider the ruggedness and material compatibility of the sensor when considering placing it 20 meters below the surface of the Dead Sea (or wherever your location may be). I might also add at this point that while Apogee sensors are listed at a particular cable length, we would be more than happy to customize the length to your specification (even up to 100’s of meters on some models. Call for details.)

4. What other maintenance will the sensor require?
Some sensors require a wipe down or cleaning to remove dust and debris that affect data. Some sensors are designed to be self-cleaning so that water and dirt rinses off of them.

5. What is the cost of the sensor?
This can be one of the easiest or hardest questions when considering which sensor to get because the cost analysis should go beyond just the sticker price. Does the importance of the data outweigh the monetary cost? Is getting a more expensive sensor with higher accuracy worth the more money for my application? Is the time cost of setting up the sensor included in the cost analysis?


These are just a few points to consider when buying a new sensor. Our team at Apogee is standing by to answer any questions regarding our products and their practicality in your unique application. We can point you in the right direction even if we’re unable to meet your specific application needs.

Happy Independence Day to all our customers in the USA! 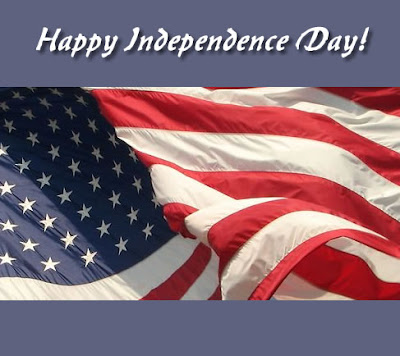 Also, check out last week's blog post about our most extreme measurement competition and enter for a $100 prize!
No comments: