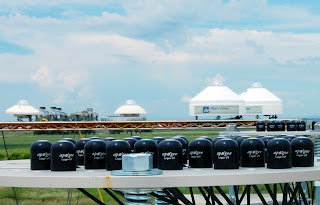 For most applications, a pyranometer is only as good as its calibration. This makes the initial calibration process, and subsequent recalibrations, critical steps for accurate measurement of solar radiation. The accepted worldwide standard for global solar irradiance is the World Radiometric Reference (WRR), maintained by the World Radiation Center in Davos, Switzerland. The WRR was introduced in 1980 with the intent of bringing congruity to all solar radiation measurements; it has an estimated accuracy of 0.3% [1].

Apogee maintains a group of four ISO (International Organization for Standardization) classified thermopile (black-body) pyranometers as reference standards for global solar radiation. In order to maintain traceability to the WRR, these reference standards are recalibrated every year (alternating two of the four pyranometers each year) by the National Renewable Energy Laboratory (NREL), specifically the Solar Radiation Research Laboratory (SRRL) in Golden, Colorado [2]. This laboratory has become the North American reference standard for solar radiation. A two year recalibration cycle is typically recommended by manufacturers of thermopile pyranometers due to the potential for sensitivity loss over time (the black-body sensor gradually becomes a gray-body). We maintain this highly uniform group of replicate reference instruments (Figures 1 and 2) not only to allow for an accurate calibration of Apogee’s photodiode pyranometers, but also to provide recalibration services for all types of pyranometers, both thermopile and photodiode models.


Our calibration facility is located in Logan, Utah at 41.7° N latitude. All thermopile pyranometers sent in for recalibration are completed outdoors under cloudless sky conditions. We limit these outdoor calibrations from the vernal (spring) equinox to the autumnal (fall) equinox so that calibrations include a greater range of solar intensity levels and sun angles. A photodiode pyranometer is best calibrated to the sun as well, but with a stable set of replicate transfer standards, these pyranometers can be calibrated indoors under a calibration lamp with minimal uncertainty. This allows for rapid turn-around on recalibrations. The transfer standards used for indoor calibrations are calibrated several times each year, between the spring and fall equinox against the four black-body reference standards.

For further information on recalibrations, including pricing, please click the following link: http://www.apogeeinstruments.com/recalibration.html.